TORONTO — Jonas Valanciunas had been one of the faces of the Toronto Raptors the past several years. The gregarious, giant Lithuanian became a fan favorite as a mainstay of Toronto’s rise from Eastern Conference afterthought to perennial power.

Valanciunas is a nice player, just like the Raptors had become a nice team. But in firing Dwane Casey and trading DeMar DeRozan for Kawhi Leonard, Raptors president of basketball operations Masai Ujiri made it clear the days of settling for being a nice team with nice guys were over.

In the hours leading up to Thursday’s trade deadline, Ujiri made his final push into the center of the table, sending Valanciunas, Delon Wright, CJ Miles and second round pick to the Memphis Grizzlies for Marc Gasol.

In an eight-minute stretch to open the fourth quarter of his first home game in his new home, Gasol showed Toronto exactly why that was a move the Raptors had to make. By the time it was over, he’d gone 5-5 from the floor, scoring 11 points, to go along with two assists, another pass leading to a pair of free throws and a couple of key defensive stops in what ultimately became a 127-125 win over the Brooklyn Nets.

“I definitely got more comfortable,” Gasol said. “There are obviously a few things I can do at both ends of the floor.”

He did all of them in those eight minutes to start the fourth. It was a stretch of Gasol at his very best — and an example of how he could be what will put Toronto over the top even amid the bloodbath that will be the final two rounds of the Eastern Conference playoffs.

“It was pretty good, right?” Raptors coach Nick Nurse asked with a smile.

It certainly was. And it will be that version of Gasol that the Raptors are going to need to see on a regular basis this spring if they want to be able to make good on the message Ujiri was clearly sending his team, both with the moves he made last summer and the one he made to get Gasol Thursday.

The Raptors know that, too — just as they know it won’t be easy. They saw the Milwaukee Bucks (Nikola Mirotic) and Philadelphia 76ers (Tobias Harris) make their own deals at the deadline, and the Boston Celtics remain a threat — even with their recent issues. All of that played a part in Toronto chasing, and ultimately landing, Gasol — who looked like a man motivated by his new surroundings, after spending the past few months mired in Memphis with a team going nowhere, rather than one with NBA Finals aspirations.

“Without a doubt,” he said with Monday morning, when asked if the trade to a contender had given him a fresh jolt of energy. “Obviously.”

Even before adding Gasol, though, the Raptors had been impressive this season, going 42-16 thus far — good for the second-best record in the Eastern Conference and third in the NBA — despite having played only two games all season when having a full roster at their disposal.

The first time came Nov. 2 in Phoenix. The second came Saturday in New York against the Knicks — and only after the team had shed five players in the span of about two hours two days before in the minutes leading up to the trade deadline.

The third, though won’t be coming any time soon after the Raptors announced Wednesday Fred VanVleet will be out for at least the next three weeks with a partial ligament injury in his left thumb.

“Well, it’s part of it,” Nurse said of Toronto’s myriad injury issues this season. “I don’t know if [it will], but I always try to keep a positive attitude that these things balance themselves out.

“We’ve been a little bit on the unbalanced side here going in and maybe we’ll be balanced just at the right time.”

The Raptors would gladly trade a season full of injuries if it meant guaranteeing health come playoff time. (Narrator: that isn’t how this works.)

In the interim, it was rather fortuitous that the Raptors agreed to a deal with guard Jeremy Lin once he clears waivers Wednesday afternoon after agreeing to a buyout with the Atlanta Hawks. Lin has never quite reached the heights he hit during the peak days of Linsanity with the New York Knicks in 2012 — which, coincidentally included his buzzer-beater to beat the Raptors here in Toronto exactly seven years ago this week. But he has carved out a very good career for himself thanks to the skill that led to his breakout: his ability to operate in the pick-and-roll.

Toronto acquiring Lin, as well as Gasol, provides this team with an influx of playmaking it can really use. The Raptors would’ve liked to have added more, but missed out on wing shooter Wayne Ellington, who signed with Detroit thanks to the ability to get both more money and minutes.

Even when playing at their best this season, the Raptors have often looked like two teams: playing one way when Kawhi Leonard is on the court, and playing another when he’s not. Adding another pair of creative offensive players like Lin and Gasol will only help try to balance those differences out, and allow the Raptors to keep the ball humming and the offense moving in the way their coach prefers.

“I’m an unselfish player, by nature,” Gasol said. “When I see a pass, and somebody open, regardless of who it is, I’m going to throw it to them, and keep encouraging guys to keep moving, and moving without the ball, because if they get behind their defender or their defender makes a mistake we’re going to make them pay for it.” 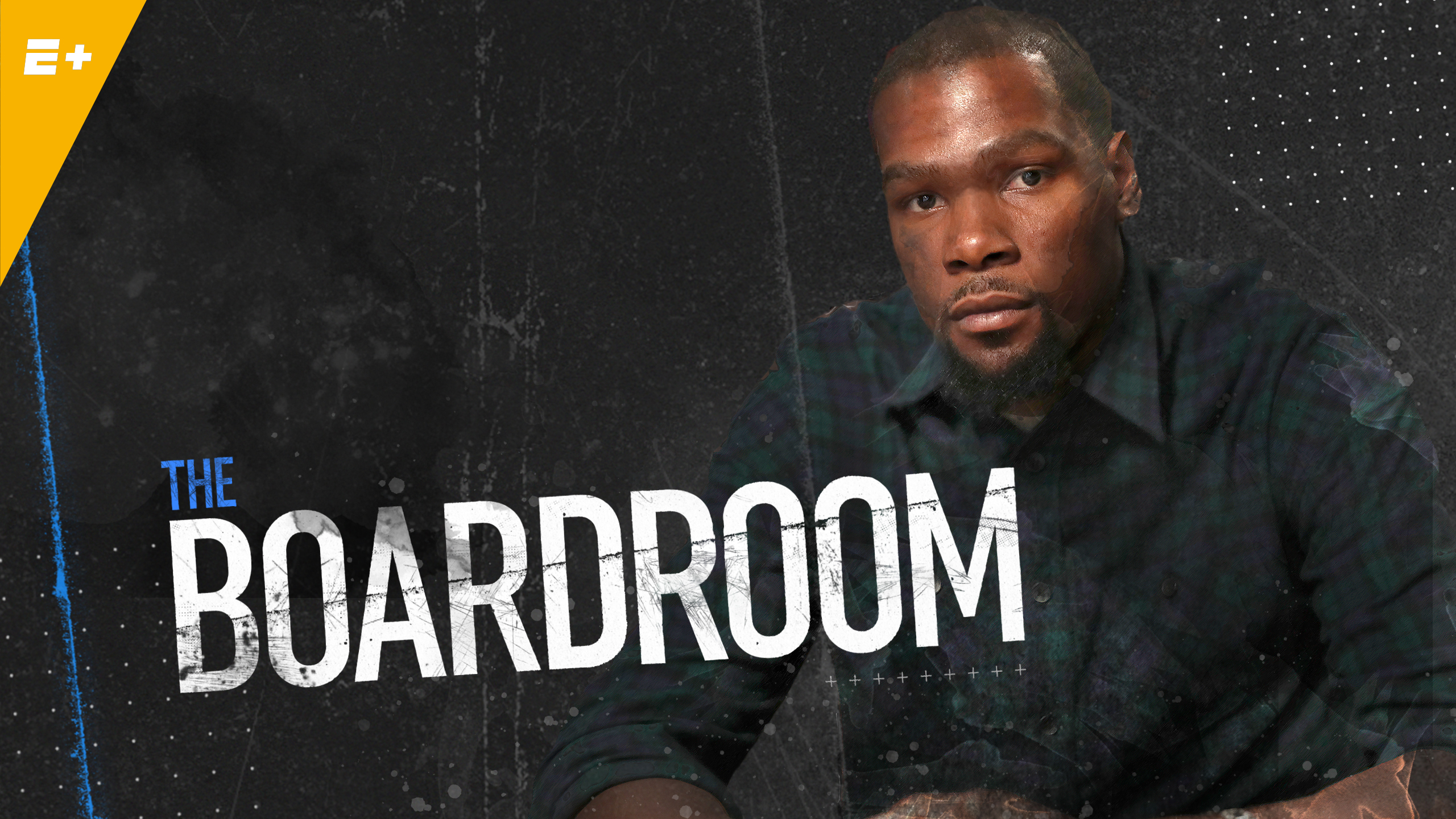 Executive produced by Kevin Durant, The Boardroom will explore the most fascinating trends and innovative endeavors across the business of sports, featuring conversations with athletes, executives and business titans. Watch on ESPN+

Gasol’s arrival, though, creates more questions. Namely: who will start? For the first two games since the Gasol deal, Toronto kept what has become its consistent starting five of Kyle Lowry, Danny Green, Leonard, Pascal Siakam and Serge Ibaka. That, however, will start to change — either beginning Wednesday against the Washington Wizards, or more likely next week after the all-star break.

Gasol could just replace Ibaka in some matchups, as Toronto did with Jonas Valanciunas earlier this season. There also is a good chance Nurse will, at some point, try to go with a super big lineup, featuring Leonard at shooting guard, Siakam at small forward, Ibaka at power forward and Gasol at center (a lineup other East teams have said they won’t mind seeing).

Regardless, though, the Raptors need to get their current starting group going. When Toronto got off to its hot start to begin the season, those starters went 14-2 in the 16 games they played together, and outscored teams by an absurd 16.1 points per 100 possessions in 234 minutes on the court.

Since then, though, that group is 7-5 in 12 games played, and is being outscored by 3.3 points per 100 possessions in 245 minutes — including being outscored by four points in 25 minutes Monday night. Whether it’s fatigue (Toronto has played the most games in the NBA thus far), the myriad injuries or some combination of the two, the Raptors need that to change.

“I think we got one eye a little bit on the [All-Star] break, a little bit,” Nurse said. “I think they’ve played a lot of games and a lot of minutes. We need to get them a little bit juiced up. We’re talking about it, too. We’re trying to get some more movement in the start, maybe even scripting some plays to make sure we’re moving because we’ll stand around a little bit.

“That’s a veteran group. Four of them are long-time vets that can get to be slow moving at times and Pascal running around by himself.

“We just have to keep an eye on it, and keep them fresh and energized.”

The upcoming break should help. The addition of Gasol, in particular, should, too. Toronto will need them to if it wants to escape the East, and live up to the promise Ujiri’s ambitions have created.

Being nice is no longer good enough. The Raptors hope what they are now, though, is.