CLEVELAND — LeBron James was welcomed back to Quicken Loans Arena for the first time as a member of the Los Angeles Lakers with a hearty ovation from Cleveland fans on Wednesday.

Cleveland Cavaliers public address announcer Sean Peebles saved James’ name for last when introducing the starting lineup for the visiting Lakers, using a voice inflection normally reserved for the hometown team. The crowd responded by standing and showering James with an ovation that lasted nearly a minute.

James hugged former teammates Channing Frye and Larry Nance Jr. on the sidelines before heading to the center court circle where he broke out his custom handshake with Tristan Thompson.

James scored on the Lakers first possession, eliciting cheers from the crowd when he caught the ball, and then a smattering of boos after his score put the Lakers up 2-0 to start things off.

It was a far cry from the scene on Dec. 2, 2010 when James returned for the first time as a member of the Miami Heat and the Cavs had to hire extra security to be on hand for the intense atmosphere. Of course, when James returned in 2010, there wasn’t a Cavs championship banner hanging from the rafters, either.

During the first timeout in the first quarter, the Cavs ran a tribute video to James on the video board that included the message, “Thank you for what you did on the court, but we all know it’s bigger than basketball.” 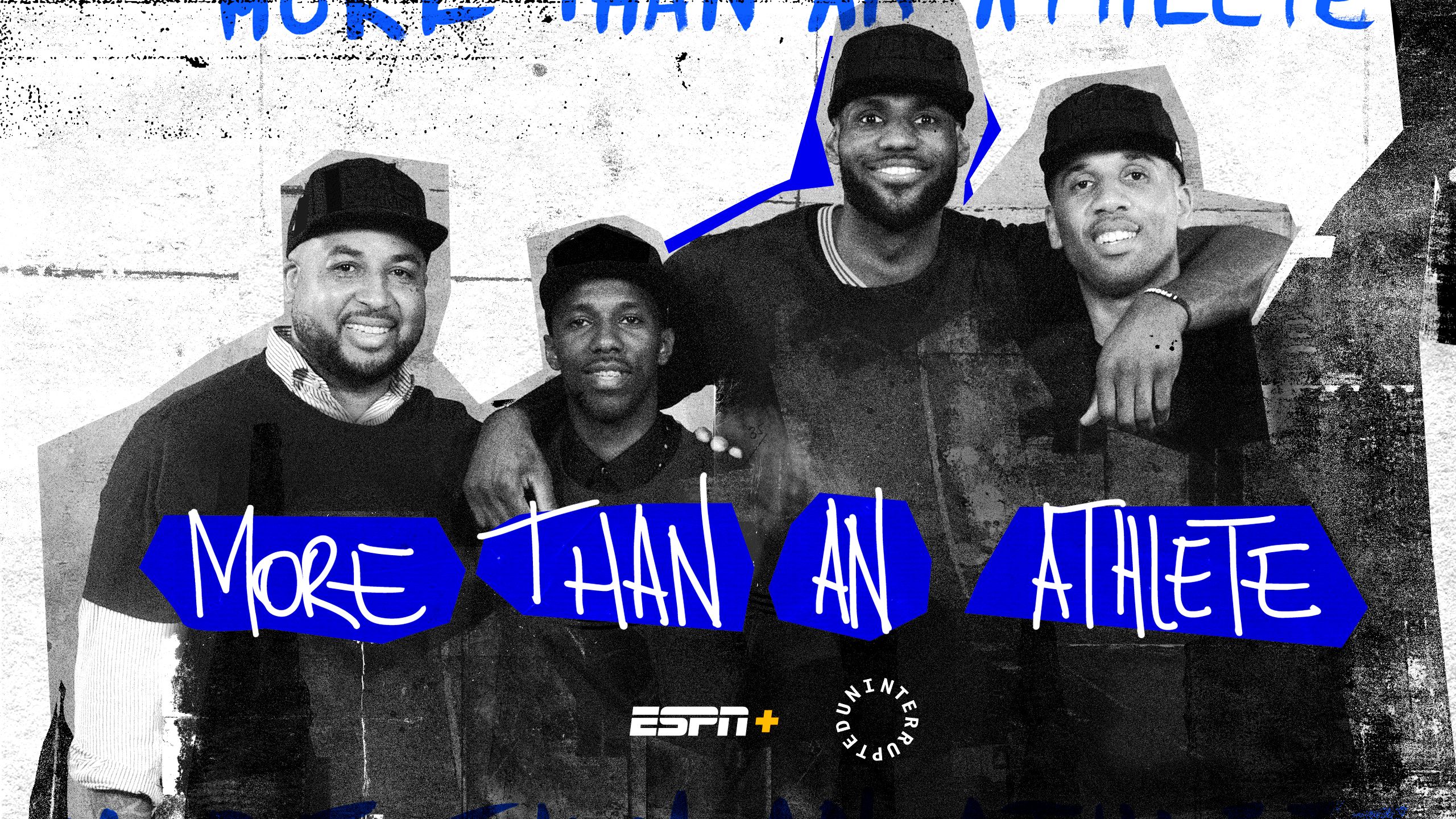 James spent Wednesday morning visiting the I Promise School in Akron, Ohio, which he opened this summer, leveraging his corporate relationships to fund the school which targets at-risk youth.

James’ close friend and business partner, Maverick Carter, sat courtside for the game near the Lakers’ bench. Two fans sitting near the tunnel where the Lakers enter the court came to the game in mashed up Cavs and Lakers jerseys of James – one read “Clev-ers,” the other read “Lak-land.”

“Just another game, really,” James told ESPN this week, looking ahead to the matchup. “I haven’t really thought about it too much. Our team, it’s a totally different team there. Obviously I still got some of my guys that are there with Swish (JR Smith) and Double T (Thompson), Kev (Kevin Love) and Channing is back as well – guys who were there when we won that title. But it’s a totally different makeup. A totally different situation. Coach (Tyronn) Lue is gone. Obviously Griff (former general manager David Griffin) is gone. I think it all started with the whole ‘Rie (Kyrie Irving) trade. So it’s a whole different feeling.”

James arrived at the arena approximately two and a half hours before tipoff, shaking the hands of several familiar faces as he made his way to the visitor’s locker room for the first time since playing with the Heat. He took the court with about 10 minutes to go before tipoff and the crowd, still filling into the arena, recognized him with an ovation, which only got louder when he was formally introduced and when the video tribute ran.

Cavs coach Larry Drew, who was an assistant in Cleveland the last four years as James led the Cavs to four straight Finals and that championship in 2016, was asked before the game if the organization could have done anything different to keep their homegrown superstar.

“I don’t think there was anything as far as we could have done as far as doing more,” Drew said. “I mean that was just a decision that a player makes when he’s in that situation when he’s in a certain part of his career, certainly he has to look out for himself. He has to look out for his family. He has to make the decision that he feels is best for him, that’s what players do and to be perfectly honest, when he did make the decision, I wasn’t completely shocked. I know everybody was really hoping that he would return, but Bron is a true pro. He’s going to make the best decision and he’s going to make the right decision for himself and his family and for his career and that’s what he did.”

Cavs owner Dan Gilbert, who normally sits courtside near the Cleveland bench, was not in attendance at the time of the tribute for James.

James wore a pair of white and green Nike LeBron 7s in St. Vincent-St. Mary High School colors, originally released in 2009 — his final season of his first stint with the Cavs — for the game.