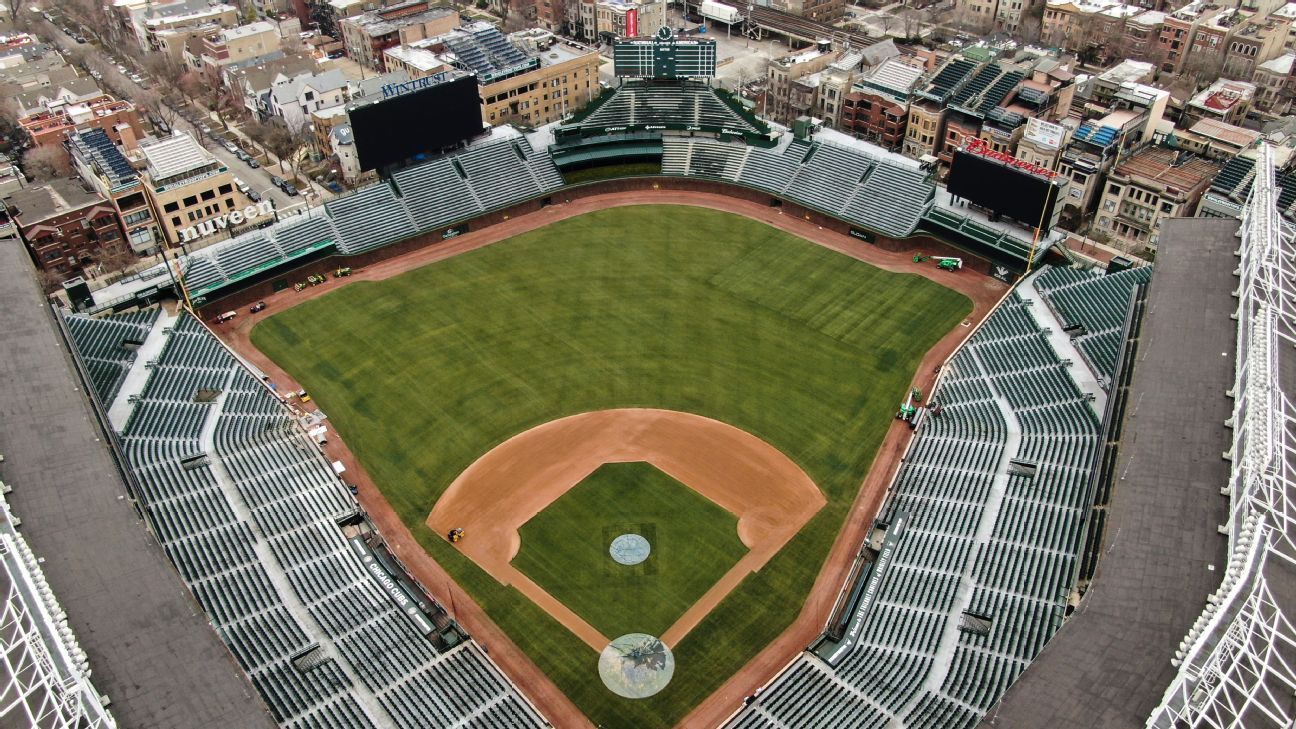 Chicago Mayor Lori Lightfoot strode onto the sun-speckled grass at Soldier Field on Monday to make an announcement that was difficult for any sports fan to misinterpret: “We are not playing.”

“We’d rather be here in Soldier Field, or Wrigley, or Sox park or at the United Center or Wintrust [Arena], cheering on our players and having a good time with our friends, but this crisis has changed almost everything — and particularly our sports,” Lightfoot said. “Coming to these parks would be dangerous and deadly to ourselves and our city.”

Standing alone at a lectern in an empty stadium that can comfortably seat more than 60,000 fans, Lightfoot announced a first-of-its-kind awareness campaign, called “We Are Not Playing.” All of Chicago’s professional sports teams — including the Bears, Blackhawks, Bulls, Cubs, Fire, Red Stars, Sky and White Sox — have agreed to use their platforms and athletes to encourage residents of the city and surrounding areas to comply with stay-at-home restrictions during the COVID-19 pandemic.

We are not playing, and neither should you. Stop the spread of COVID-19.https://t.co/3RJ0uduaDU #StayHomeSaveLives #WeAreNotPlaying pic.twitter.com/a96Bpp5aOR

We are not playing, and neither should you.

“I am grateful to each of our hometown teams for stepping up and doing their part,” Lightfoot said. “They’re not playing, and neither are we. The more we stay home and act responsibly, the more lives we’ll save, and the sooner we’ll be able to get our city back on track and enjoying the games we love.”

Lightfoot was asked if teams were at the point of playing without fans. “We’re not there yet,” Lightfoot responded. “Various sports leagues are talking about a number of different options.”

Standing with a soccer goal behind her, Lightfoot referenced the Chicago Fire home opener at Soldier Field, which would’ve taken place on March 21. And she commended team owners who have announced plans to pay game-day staff who lost revenue from home games. Bulls owner Jerry Reinsdorf and Blackhawks owner Rocky Wirtz said last month they would pay game-day employees for the regular-season home games they were missing.

“I want to commend the team leaders who have announced their plans to continue supporting these employees despite games being canceled,” Lightfoot said. “It’s these kinds of actions that will allow our city to get through this crisis and get back on track as quickly as possible.”

“As far as timeouts go, none are more important to our fans than this one,” Wirtz said. “All of us need to listen to the experts by staying off the field of play and stay at home.”