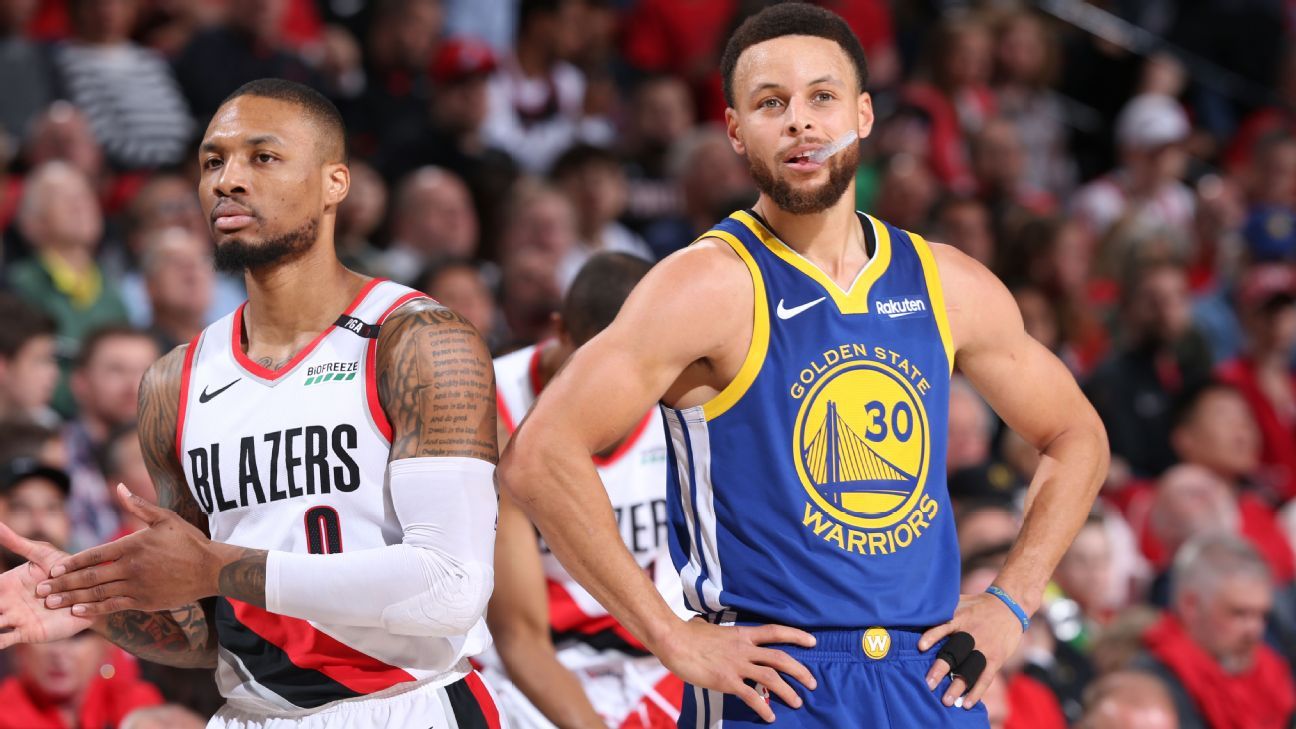 SAN FRANCISCO — Portland Trail Blazers star Damian Lillard admits that he has never seen anything like the rash of injuries the Golden State Warriors have endured dating to the 2019 NBA Finals.

“I’ve never seen it,” Lillard said, in advance of Monday’s game against the Warriors. “I think they might be the first to do a lot of things. At one point they had a starting five of five All-Stars, won 73 games, they’ve done a lot of great things, made a lot of history.

“It just seems like adversity has hit hard at this point for them. Those guys aren’t old. They’ll bounce back from it, but you just hate to see it.”

Since Game 5 of last year’s Finals in which the Warriors lost All-Star Kevin Durant to an Achilles injury, the rest of their core pieces have gone down with various injuries that have shook up the NBA.

Klay Thompson tore his left ACL in Game 6 of The Finals and may miss the entire season. Stephen Curry broke his left hand last week in a loss to the Phoenix Suns and will miss at least three months. Draymond Green tore a ligament in his left finger and is expected to miss at least a week as he recovers.

Lillard understands that injuries are part of the game, but like many NBA players, he can’t believe how many setbacks the Warriors have dealt with in succession.

“It’s just unexpected,” Lillard said. “You don’t expect to see them go from being such a huge deal, big super team, to one guy (Durant) leaves and injuries. It’s just an unfortunate situation that you hate to see. In that way, it’s just different. It’s kind of weird to see them not as the Warriors.

“I feel for the players. You never want to see any of your peers go down with injuries. Klay’s a great dude, so it sucks to see him go down that way. Same thing with Steph…They’ll recover and they’ll be back hopefully at 100 percent. That’s what we all want to see.”

Aside from the differences on the floor, Monday’s game also marks the first time Lillard, a proud Oakland native, will play inside Chase Center, the Warriors new billion dollar arena. As he spoke to reporters following Monday’s shootaround, he noted several times just how much different the new arena felt compared the Oracle Arena, the arena the Warriors moved out of after 47 years in Oakland.

“It’s very weird,” Lillard said. “It’s very weird … this is extra weird. Because I’m looking around like — this place has no history. So it’s definitely different.”

Lillard acknowledged that while it was tough not being able to play closer to his home, he was frustrated by the fact that several professional teams are moving out of the Oakland area. The Raiders are expected to move to a brand new stadium in Las Vegas next season.

“It just rubs me wrong,” Lillard said. “Like I’ve watched games here [at Chase Center] on TV and the crowd’s just not the same…The Black Hole is still there. You still see the Nation in support, why would you leave that behind? It’s a real sense of pride in Oakland about everything that represent us.

“It’s like the Warriors going across the [Bay] Bridge, the Raiders going to Vegas, it’s almost like a money grab. The money moves is kind of pushing the real love and what’s really behind these organizations to the side — which is understandable, and also not understandable because I’m from Oakland. I know both sides [of the situation]. You hate to see it.”

Lillard noted that he would still remain loyal to the Raiders after they relocate next year, but he didn’t hide his feelings regarding seeing all the teams he grew up rooting for leave the area.

Michael Jordan joined the Golden State Warriors when he returned in 1995
The Whiteboard: Police violence and racial profiling are part of the NBA’s story too
The X-Factors: Portland
The NBA All-Letter Team Tournament
New order will allow foreign-born athletes to enter U.S.