PASCAL SIAKAM RELISHES the work. The process of getting better drives the Toronto Raptors forward in a way that sets him apart.

“He was always the first one in the gym,” former teammate DeMar DeRozan said. “He always came back to the gym at night. He worked on everything he does now.”

Year after year Siakam has put in specific work to take a weakness of his game and turn it into a strength, which has allowed the 25-year-old forward to blossom into an All-Star.

“I love the fact that I can not be able to do something and I can put in a lot of hours doing it and I can become good at it,” Siakam said. “It feels good. It feels so great, and I enjoy that. So I want that feeling.

“I love the feeling that I get on the court and I take two dribbles and I turn around and make the shot and the defender is like, ‘F— no,’ and I’m making it. It feels so good because he can’t make that shot, but he doesn’t know how many hours you put in trying to make that shot.”

All that work led to Siakam winning the NBA’s Most Improved Player award a season ago. This season, as an encore, he’s averaging career highs in points, rebounds and assists. Whether he wins the award again or not, Siakam is not done chasing the feeling of improvement.

THAT FEELING BEGAN to materialize for Siakam at New Mexico State, where he spent two years playing for coach Marvin Menzies. Though he was recruited as a 6-foot-9 power forward, Siakam wanted to handle the ball.

Menzies and Siakam made an agreement: In games, Siakam would do whatever was necessary to help his team win. But on practice days, when the team broke into individual workouts, Siakam could focus on developing the skills he so badly wanted to showcase. And it became clear during those workouts what Siakam could be capable of.

“He was a kid who you said, ‘Holy smokes, if he ever figures this out, he’s going to be pretty good,'” Menzies said with a laugh.

Siakam’s devotion to the work comes in part from getting a late start in the sport, having played basketball for less than a decade. That put him behind on the developmental curve, but it also helped him.

“He didn’t have any bad habits,” said Rico Hines, a longtime player development coach who now works as an assistant with the Sacramento Kings. “He was like a blank canvas.”

Hines first met Siakam during the pre-draft process, when multiple teams asked the then-21-year-old whether he’d be willing to go to Europe for a year or two as a “draft-and-stash” prospect.

“He asked me after the first day I worked him out, ‘Do you think I should go back to school?'” Hines recalled with a laugh.

AS A ROOKIE, Siakam played in 55 games — including 38 starts — for a 51-win Raptors team. Still, his role was limited. He played 15 minutes per game and averaged fewer than four shots. When the postseason rolled around, he played just 10 minutes in two appearances.

And yet, he managed to make an impression on his teammates.

“He ran the floor every time, and he played so hard,” Toronto point guard Kyle Lowry said. “That was the biggest thing that we loved about Pascal. He didn’t care about nothing but being on the floor and helping our team.”

While the Raptors were beating the Bucks in the first round of the 2017 playoffs, Siakam was in nearby Mississauga, Ontario, where he teamed up with current Raptors teammate Fred VanVleet to lead Toronto’s G League affiliate, Raptors 905, to a championship. Siakam earned finals MVP honors after a postseason run that saw him average 18 points and 7.9 rebounds per game while shooting 50% from the field.

It was a performance that caught Toronto’s attention, but his game still had a serious flaw: He was not a 3-point shooter.

Siakam attempted seven 3s as a rookie, making just one of them. He upped his frequency to 13 attempts in seven games in the G League playoffs but still made just one. During his second season, he started to let it fly, attempting 132 3s in 81 games, but his 22% clip was the worst that season of any NBA player who took at least 100 of them.

“We told him to slow down on 3s a little bit,” Dwane Casey, who was Toronto’s coach then, said with a laugh. “Don’t not shoot it, but drive it if you have the opening.

“Which is a nice way of saying don’t shoot it.”

LESS THAN TWO weeks after being swept by the Cleveland Cavaliers in the 2018 playoffs, Siakam was in Los Angeles with Hines, beginning a grueling set of three-a-day workouts to tighten and shorten his shooting motion, making consistent repetition easier

“When a player gets tired, a lot of times they digress back to their old habits,” Hines said. “I wanted to make him tired to see, basically, that he had the same form on his shots that we were doing in the beginning.”

Siakam brought his new form back to Toronto, where the Raptors looked drastically different than they had months earlier. Not only had Nick Nurse replaced Casey as head coach, but the Raptors had also sent DeRozan to San Antonio in a package for Kawhi Leonard and Danny Green. The new lineup featured a toss-up at starting power forward between Siakam and OG Anunoby, who’d started 62 games as a rookie and, as a more proven 3-point threat, was expected to win the job.

“It wasn’t like I came in and was like, ‘I’m going to be a starter,'” Siakam said. “That was never in my head. It was always about, like, ‘I can make sure I come and I’m better and I can handle the ball and I can shoot and I can defend. And, if I can do those things, I will play.’

“I believed in those things and worked to do that, and I knew that if I could do that, there was no reason I should not be playing.”

Siakam claimed the job when Anunoby’s preseason was derailed by an injury and a death in the family. By season’s end, he was helping lead the Raptors to an NBA title as a 36.9% 3-point shooter and the league’s most improved player.

“The opportunity was there, but he was never, ever going to let that go from minute one,” Nurse said. “He got the first start in the first preseason game, and it was over right there.”

LEONARD’S DEPARTURE HAS given Siakam a chance to step up again. His usage rate is over 29%, placing him among the highest-usage players in the league. He has taken on a bigger playmaking role, an area where Lowry urges him to improve.

“The next thing I’m working on, for me, is getting more comfortable with the ball,” he said. “That’s something I’m always going to work on.” 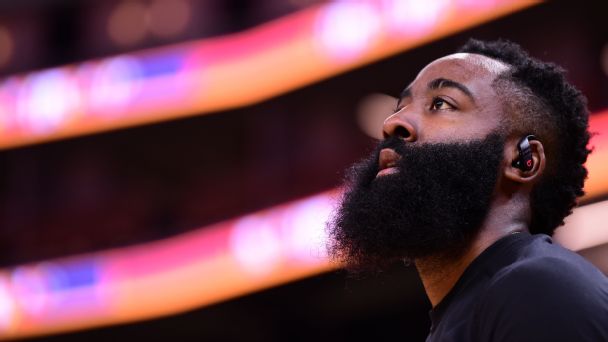 Nurse, once again, has given Siakam the room to grow into a bigger role by empowering him to make plays for himself and others — and he is still asked to play the same large role defensively. When Toronto needs a key bucket, the ball is all but certainly going to wind up in Siakam’s or Lowry’s hands.

“The sky’s the limit for him,” Hines said. “We still don’t want to put him in a box. The whole thing now is trying to win the MVP. That’s what he wants to do.”

For that to happen, and for the Raptors to be more than just a nice story this season, Siakam needs to take one more leap. Toronto was hunting for more scoring at the deadline, per league sources. The one thing opposing coaches, scouts and executives question when discussing the Raptors is whether they will be able to score enough to win in a tight playoff series.

It is also the thing that Siakam has had in mind since last season ended, knowing that he would need to improve as a scorer in these types of situations whether Leonard returned or not.

“You’re not going to drive and [beat Joel] Embiid and Giannis [Antetokounmpo] at the rim all the time,” he said of succeeding in the playoffs. “You have to be like, ‘OK, they’re gonna back up? Then, I’ll shoot it.'”

No one saw this kind of success coming for Siakam when the Raptors made him the No. 27 pick four years ago. No one, that is, except Siakam.

“Not to sound arrogant or nothing, but it’s like … you see that coming,” Siakam said of his quick ascension through the NBA ranks.

“It’s the only reason I’m doing this. I wouldn’t be doing it if I didn’t think it was possible.”