Which players defined the past 10 NBA seasons?

We asked this question to a panel of ESPN’s NBA experts: Who was the player of the decade? Voters ranked their top three picks in order — considering the 2009-10 season through 2018-19 — and here are the results.

LeBron James was an overwhelming pick at No. 1, with a tight race between former teammates Stephen Curry and Kevin Durant for Nos. 2 and 3.

Three members of our panel — Kirk Goldsberry, Kevin Pelton and Tim Bontemps — highlight what made each of these three players a defining superstars of the 2010s.

Kirk Goldsberry: LeBron James is the defining player of the 2010s and it’s not close. The only people who have had better NBA decades than 2010s LeBron are Michael Jordan in the 1990s and Bill Russell in the 1960s. Neither of those guys played in a league as deep or as competitive as the one James dominated over these past 10 seasons.

James was clearly the best on-court performer we watched this decade. In case you might disagree, consider these facts:

James is the greatest basketball player since Jordan, and most of his prime fell squarely in the 2010s. He began this decade as a 25-year-old NBA superstar with one Finals appearance and zero championships. He will end it as a 35-year-old global icon with nine Finals appearances, three titles and three Finals MVP awards. When we look back at his incredible career, we will look back mostly at the 2010s.

Not only did James appear in the NBA Finals every season between 2011 and 2018, he also was arguably the best player in every one of those series. In addition, the dude racked up more than 1,500 more buckets than Stephen Curry and James Harden and 500 more than Kevin Durant. 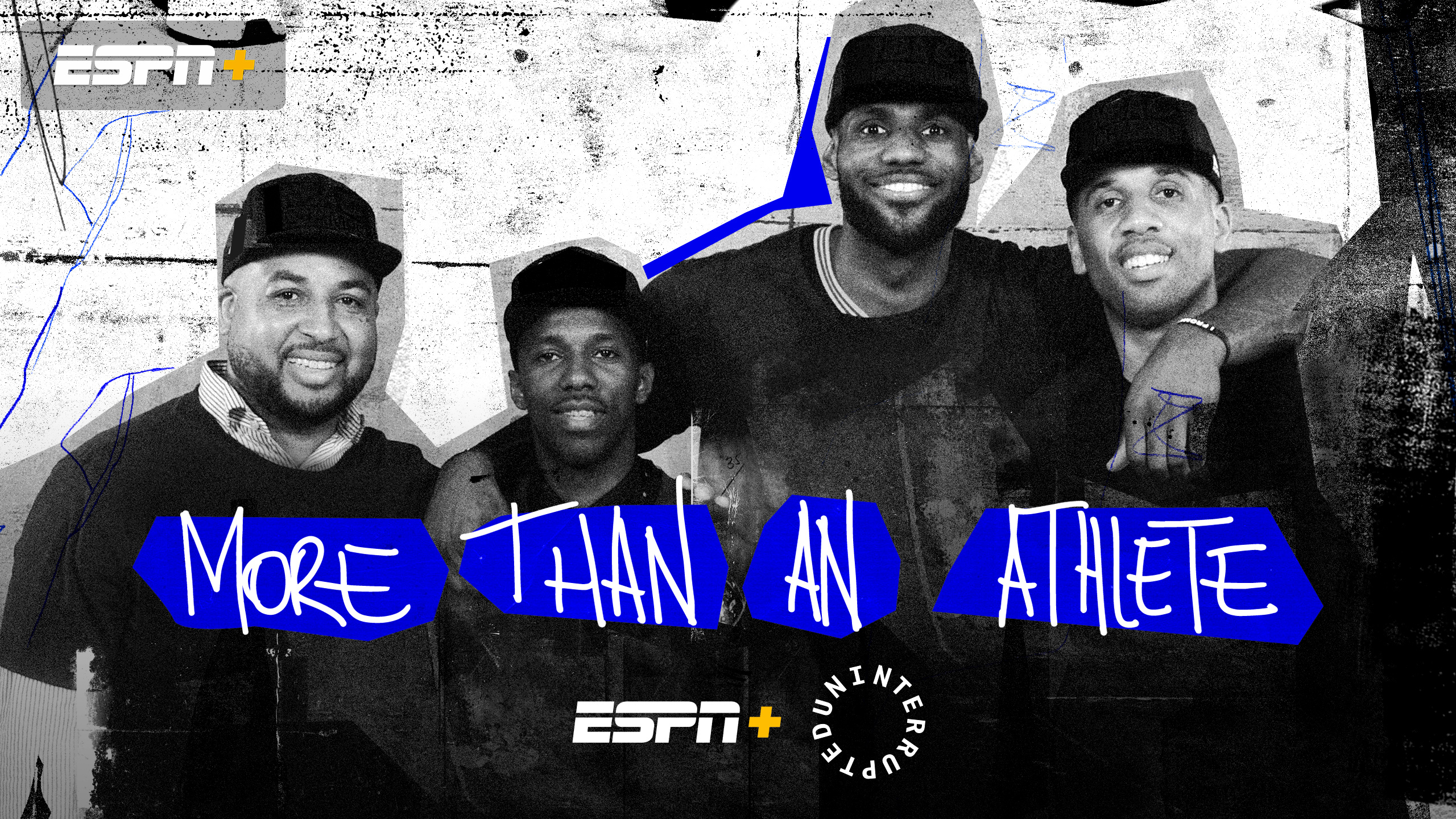 LeBron received nearly every first-place vote available from our panel, and that’s how it should be. Don’t get me wrong — Durant and Curry are marvelous, game-changing megastars, but neither of them controlled this decade nearly as much as James. He is deeply intertwined with every major trend this decade on and off the court.

While the rise of 3-point shooting is the definitive on-court trend of the 2010s — and Curry is the the definitive shooter of our time — that’s only part of the story. Curry made an astronomical 2,483 3-pointers during the 2010s. Harden ranked second with 2,025. But, in that same time period, James assisted on 2,107 triples, by far the most in the NBA. So while Curry may deserve all the credit in the world for changing how we look at long-range shooting this decade, James deserves some for changing the way we look at long-range shot creation. His play is integral to the tactics driving the trend.

Durant is a better pure scorer than James and Curry is a better pure shooter, but James is a more complete superstar. When you consider his playoff success and the stat totals, it’s virtually impossible to argue any other player was as dominant on the court.

Oh, and James has made First-Team All-Defense three separate times this decade, too. Neither Curry nor Durant have ever done that.

James wasn’t simply the league’s most impactful player on the court. Off the floor, he reshaped how we look at superstardom and player movement in pro sports. If you’re searching for the origin of contemporary player empowerment in the NBA and beyond, look no further than July 8, 2010, in Greenwich, Connecticut. His televised free-agency decision may have been kind of clumsy, but it was unquestionably the seminal moment for a decade in which dozens of the game’s biggest talents all seemed to switch teams, demand trades and join forces in ways we’d never seen before.

Before King James shocked the world in 2010 and took his talents to South Beach, July was a sleepy month on the NBA calendar. Nowadays the league sets its phones on fire for two straight weeks with breaking news bombs in ways that would be incomprehensible to basketball fans in the pre-LeBron era.

In the end, it’s the overwhelming breadth and relentlessness of James’ greatness that make him the most definitive player of the 2010s.

Kevin Pelton: When the 2010s began, LeBron James was an easy choice as the decade’s best player. He had already led the Cleveland Cavaliers to the NBA Finals and won his first MVP before celebrating his 26th birthday. Stephen Curry’s future was far less clear. Back when the calendar turned from 2009 to 2010, Curry was a rookie who was averaging 11.8 points per game through the first two months of his NBA career while taking a back seat to backcourt-mate Monta Ellis.

Sure, Curry had already made a name for himself in college by leading Davidson to the 2008 Elite Eight. But skepticism persisted over whether a skinny, 6-foot-3 guard who relied on 3-pointers could become a star in the NBA even before recurring ankle injuries put Curry’s career in jeopardy early in the decade. After all, he was the seventh pick in the 2009 NBA draft, going behind two players — Jonny Flynn and Hasheem Thabeet — who have long since washed out of the league.

Fast forward a decade, and the NBA has been remade in Curry’s image. Back in 2009, 3-point attempts seemed to have stalled out at about 22% of all NBA shots. Over the past five years, 3-pointers have increased at a faster rate than any point aside from when the league briefly moved the line in to 22 feet, reaching more than 36% of shot attempts last season. And pace of play has skyrocketed from 94.1 possessions per 48 minutes in 2008-09 to 102.4 last season.

It’s not just that 3s are up. Specifically, Curry has helped popularize 3-pointers off the dribble (up almost 50% as a percentage of all shots between the first season for which camera-tracking data is available and 2018-19, per Second Spectrum data) and shots from beyond 30 feet (attempts from 30-40 feet are up nearly 250% between 2008-09 and 2018-19, according to Basketball-Reference.com).

Most of that change has occurred over the five seasons since Curry went from budding star to two-time MVP, leading the Warriors to three championships in the process. Other teams have sought to imitate the style that made Golden State so great, which starts with Curry being a threat teams have to account for anywhere beyond midcourt.

Having joined the Bill Russell-era Boston Celtics as the second team to reach five consecutive NBA Finals, the Warriors are the team of the decade. And nobody has been more important to their success than Curry, who has played two different roles for Golden State.

At first, Curry was the focal point of a team that came out of nowhere to win the 2015 championship and an NBA-record 73 games the following season. He won back-to-back MVP awards, the latter as the first unanimous selection in league history and one of just four players all decade — a group that doesn’t include LeBron, believe it or not — to average at least 30 points per game.

After the Warriors lost to James’ Cavaliers in the 2016 NBA Finals, with the MCL sprain Curry suffered earlier in the playoffs helping limit his output, he changed his game to accommodate Kevin Durant’s arrival via free agency. It was Curry, not Durant, who was forced to adjust by playing less frequently with the ball in his hands and taking fewer shots. He sacrificed a chance at additional MVPs in the name of team success and was rewarded with two more championship rings.

Although we’ll look back on LeBron as the decade’s best player, Curry’s rise best symbolizes where the NBA appears headed as skill and speed gain favor over size and strength. While those trends had begun with rules changes last decade, it took a player as singularly capable of exploiting them as Curry to open the league’s eyes to what now seems possible.

Check out some of Kevin Durant’s best moments with the Thunder.

Tim Bontemps: Kevin Durant would deserve this spot based on his incredible on-court production alone — one MVP, two Finals MVPs, four scoring championships. But by factoring in all the ramifications from his decision to leave the Oklahoma City Thunder and join the Golden State Warriors as a free agent in 2016, he becomes a lock as a defining player of the decade.

LeBron made a somewhat similar decision to join Dwyane Wade and Chris Bosh with the Miami Heat in 2010. It was a pioneering move that changed NBA free agency and league-wide player movement. Yet consider all the ways Durant’s choice to team up with Stephen Curry, Klay Thompson and Draymond Green completely reshaped the NBA.

There isn’t a comparison in league history for a player of Durant’s caliber choosing to join a team that was already better than the rest of the competition. Durant, Curry, Thompson and Green combined to give the Warriors four of the top 20 players in the NBA — a quartet of stars that simply overwhelmed the opposition en route to a pair of titles even while rarely looking fully engaged. They confidently trailed at halftime of Games 6 and 7 of the 2018 Western Conference finals before dispatching the Houston Rockets. They felt inevitable until wear, tear and injuries caught up to them this past season.

Beyond the accomplishments in Golden State — and his many accolades in OKC at the beginning of the decade — consider the ripple effects from KD’s stunning move:

• The Thunder appeared set to battle the Warriors for West supremacy for the next several seasons after their epic 2016 playoff matchup. Instead, OKC has yet to win another postseason series. Now Russell Westbrook is in Houston and the team could be headed toward a full rebuild.

• In 2015, James and the Cavaliers gave the Warriors all they could handle after Kevin Love and Kyrie Irving suffered season-ending injuries. In 2016, Cleveland came back from down 3-1 in the Finals to win the city’s first championship in any sport in 50 years. Under normal circumstances, the Cavs might have earned another title (don’t forget how good that 2017 team looked rolling through the East). Instead, Durant’s arrival eliminated Cleveland’s chances. Within two years, Irving had demanded a trade and James had left for Los Angeles.

• In 2017, the league and the players’ association agreed to a new collective bargaining agreement that included the designated veteran extension, otherwise known as the supermax. It was supposed to help teams like OKC keep players like Durant. Instead, there has been a steady stream of players who — either of their own volition (Paul George, Kawhi Leonard, Anthony Davis) or their team’s (Jimmy Butler, DeMarcus Cousins and Kemba Walker) — have gone elsewhere anyway.

• The LA Clippers shifted into asset-collection mode and away from their star-studded roster — beginning with the Chris Paul trade in the summer of 2017 — after seeing they had no chance of beating Golden State. If the Warriors don’t add Durant, maybe a version of that Clippers squad is still together.

• And now, after the Toronto Raptors‘ championship and Durant’s departure for the Brooklyn Nets, the power dynamic in the league looks more balanced. Seeing their opportunity to strike after hoarding assets during Golden State’s reign, teams made huge, win-now moves during a seismic summer. The list of real contenders runs deeper than it has at any time since Durant left OKC.

No other single decision has had so many ripple effects on the rest of the NBA.