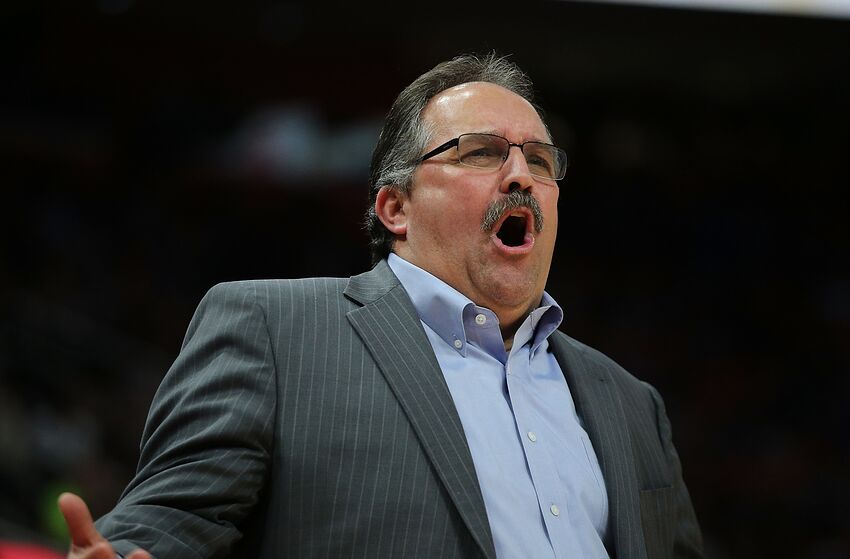 DETROIT, MI – APRIL 6: Detroit Pistons head basketball coach Stan Van Gundy shouts out instructions during the second quarter of the game against the Dallas Mavericks at Little Caesars Arena on April 6, 2018 in Detroit, Michigan. NOTE TO USER: User expressly acknowledges and agrees that, by downloading and or using this photograph, User is consenting to the terms and conditions of the Getty Images License Agreement (Photo by Leon Halip/Getty Images) *** Local Caption *** Stan Van Gundy

Stan Van Gundy is possibly considering retirement; but is this really the last hurrah for one of the NBA’s best head coaches?

That is according to the Real Talk Basketball podcast, where he came on as a guest and admitted that he doesn’t know what to do with his future. Van Gundy has been without an NBA head coaching gig for three months now, which is uncharted territory for one of the NBA’s best head coaches.

After an underwhelming stint with the Detroit Pistons, he was relieved of his duties as both head coach and president of basketball operations at the end of the season. There were a number of head coaching jobs that Van Gundy could have gone after, but after watching each slot get filled, he began to wonder if his time on the bench was coming to an end.

“If I could get a job [next season], I had planned to coach,” he said. “Now, I really don’t know. I’m really lost right now. I don’t have an idea. My wife wants me to retire.”

Now the questions that should be asked is, have we seen the last of Van Gundy? Has his time on the bench truly come to an end?

The answers are more complicated then it seems.

He could have a shot at being back on the bench after next season, especially since several coaches will definitely be on the hot seat. Time may be running out for Luke Walton to prove he’s the man to lead LeBron James and the Los Angeles Lakers back to glory. Erick Spoelstra’s time on the bench with the Miami Heat may be drawing to a close, and Scott Brooks is definitely feeling the heat in the Nation’s Capital.

We may have yet to see the last of Stan Van Gundy, but it all depends on where his mind truly is.