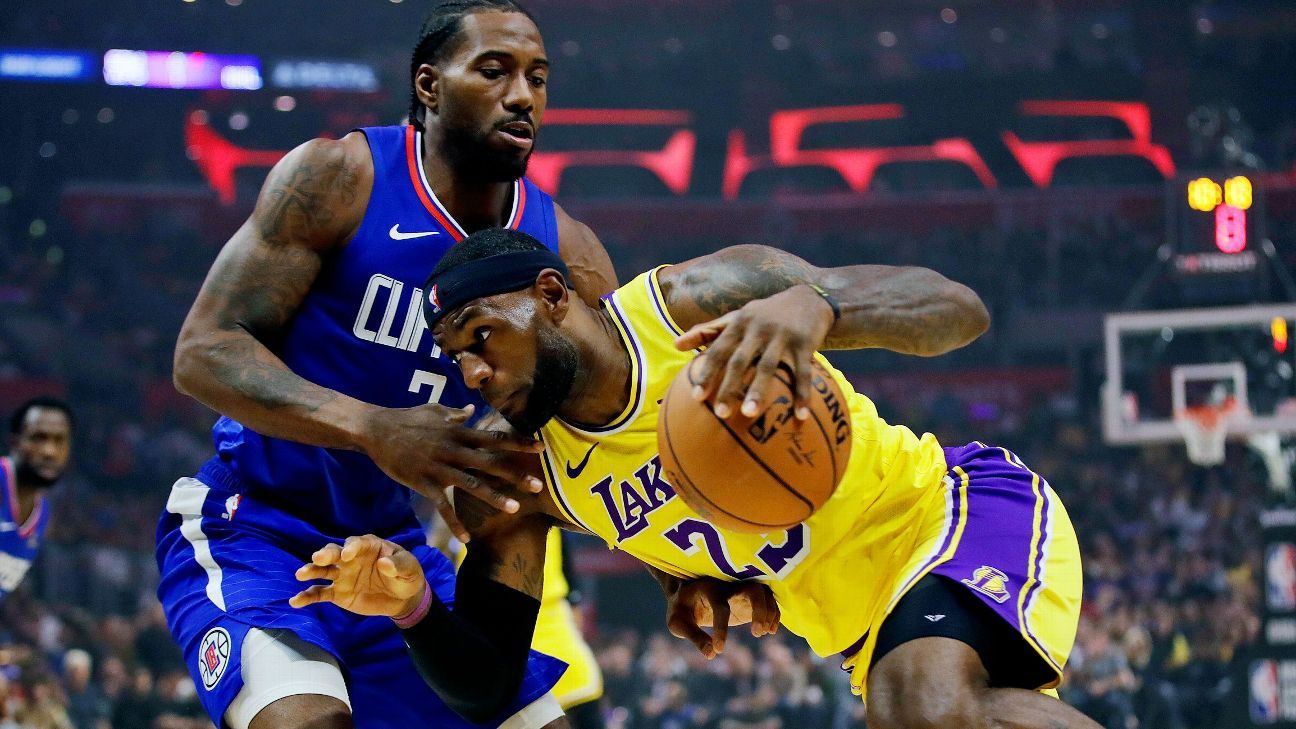 The NBA season will resume with LeBron James, Kawhi Leonard and Zion Williamson highlighting a double-header to open the restart in Orlando, Florida.

The NBA released its schedule for games in Orlando with the season resuming on July 30. Williamson and the New Orleans Pelicans tip off the restart against the Utah Jazz and Rudy Gobert, whose positive test for coronavirus helped lead to the suspension of the NBA season back on March 11.

After that, James, Anthony Davis and the Los Angeles Lakers resume their title chase by facing Leonard, Paul George and the LA Clippers in a clash between the two best teams in the Western Conference. The Lakers (49-14) lead the Clippers (44-20) in the West by 5.5 games. It remains to be seen how long both teams will play their stars given the long layoff and how cautious they will be as players ramp back up for postseason play.

On July 31, there will be six games, something that will take place seven times in the seeding game schedule. The Memphis Grizzlies and Portland Trail Blazers will square off in a key game in the chase for the eighth spot in the West on that second night. The Grizzlies (32-33) currently lead Portland, New Orleans and Sacramento by 3.5 games and San Antonio by four games.

Two of the top three East teams will also play on July 31 as the Boston Celtics and Milwaukee Bucks face each other.

The NBA has never faced the challenges of restarting a season after a four-plus month hiatus. With 22 teams each crammed into an eight-game seeding portion of the schedule in between July 30 and Aug. 14, there will be three times during the restart schedule in which seven games will be played during one day. Each team will also play one back-to-back set.

On Aug. 9, one of the days in which there are seven games scheduled, the Washington Wizards and Oklahoma City Thunder tip off at 12:30 p.m. ET, the earliest tip time of all games. That day ends with the Brooklyn Nets and Clippers tipping off at 9 p.m.

If a team is within four games of the eighth seed in a conference at the end of the seeding games, there will be a play-in tournament to determine the eighth playoff seed.