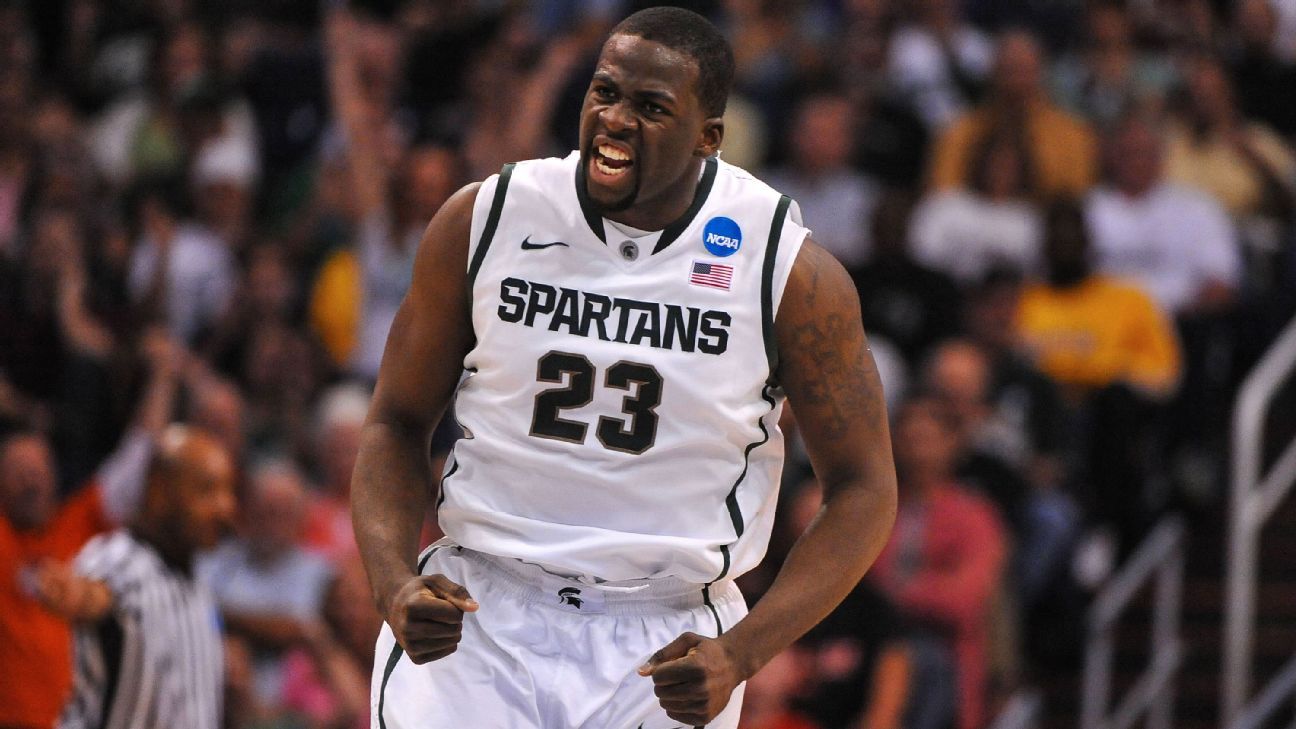 It started eight months ago with a tweet: Chris Murphy, a Democratic U.S. senator from Connecticut, told the world how much he enjoyed Draymond Green‘s op-ed in The Washington Post labeling the NCAA “a dictatorship” and calling for increased compensation to college athletes.

Green reached out to Murphy’s office to thank him for the tweet. Murphy is a huge sports fan — the Boston Celtics are his NBA team — so he was thrilled to hear from an All-Star on the three-time champion Golden State Warriors. They have been collaborating since.

“It’s really great,” Murphy told ESPN this week. “There are not many direct partnerships between athletes and politicians. Hopefully we can present a unique voice on this topic.”

One result of the partnership is an op-ed appearing at ESPN.com. ESPN asked NCAA officials about key portions of the op-ed. “Thanks for the opportunity to comment, but we will decline at this time,” Emily James, NCAA spokeswoman, told ESPN via email.

Before teaming up with Green, Murphy had already made fair pay for college athletes one of his pet causes. Starting in March 2019, his office released three reports under the title “Madness Inc.” highlighting what Murphy views as structural inequalities undergirding high-profile college sports. The reports focused, respectively, on: how small a chunk of the estimated $14 billion in annual revenue generated by college sports filters to scholarship athletes; the tendency at top programs to prioritize sports over academics, sometimes to a scandalous degree; and the lack of guaranteed health care and scholarships for players who suffer career-threatening injuries.

Murphy has also highlighted the disparity in graduation rates between white and Black athletes, and for both Green and Murphy, the fight for what they see as fair compensation is very much a part of the larger fight for social and racial justice.

Murphy’s first two reports came out before California’s landmark Fair Pay to Play Act, which starting in 2023 will prohibit colleges in California from punishing athletes who profit off of their names and likenesses. (LeBron James and former UCLA star Ed O’Bannon were on hand when Gov. Gavin Newsom signed the bill into law. O’Bannon was the lead plaintiff in a lawsuit, first filed in 2009, claiming the NCAA’s compensation limits represented an antitrust violation.)

“Everyone wants to speak out on the issue, but no one wants to be part of the solution,” Green told ESPN. “What has really stuck out to me about Senator Murphy is that it wasn’t just lip service. It was, ‘OK, this is bad, what can we do to change it?'”

Two months ago — and four months after the passage of California’s Fair Pay to Play law — the NCAA announced plans to allow players to profit from their names, images, and likenesses. The NCAA’s working group on the subject made it clear any such payments would come from third-party endorsers, and not universities themselves. The NCAA has said it would craft a formal proposed change, and vote on it no later than January.

Even before the NCAA’s announcement, officials in several states had floated plans to craft legislation similar to California’s law. Last Thursday, Marco Rubio, a Republican U.S. senator from Florida, introduced a federal bill that would allow college athletes to earn money from their names and likenesses — though with limitations designed to prevent university boosters from using endorsement deals as a recruiting tool. Rubio’s bill also included language protecting universities from legal challenges related to his new proposed regulations.

For Murphy and Green, the NCAA’s moves are too tentative and too late. “They are taking baby steps when the entire system is broken,” Green said.

“I think we need to admit college football and to a lesser extent college basketball are the unpaid minor leagues for the NFL and NBA,” Murphy said. “And [the players] are getting paid nothing. It’s an abomination.”

The pro leagues can address this issue from their end. The NBA recently created a new professional pathway for 18-year-olds wishing to skip college and turn pro. Elite prospects can sign with the G League, and earn up to $500,000 for one year.

According to the reports from Murphy’s office, among the Power 5 NCAA conferences, only 12% of revenue generated by college sports goes into scholarships for athletes — less than the amount directed into the salaries of coaches. The reports are littered with personal stories from players who found college basketball or football amounted to more than a full-time job, leaving little time for traditional academic course loads. Some schools have become adept at funneling athletes into classes and majors that require little attendance or coursework, the reports said. Some universities have been caught having tutors do students’ work for them.

“They throw around the word ‘student-athlete,’ but it couldn’t be further from the truth,” Green said. “You’re an athlete that happens to be a student. You don’t have time to get a job and provide for yourself, or send money home. This is a $14 billion industry, and the workers aren’t paid.”

That hit home for Green during his freshman year at Michigan State University, when the Spartans made the Final Four in Detroit — less than two hours from Saginaw, Green’s hometown. Dozens of Green’s family and friends wanted to come watch. Green was allotted only three tickets. He and his family could not afford to buy more. LaMarr Woodley, a longtime NFL starter who grew up with Green, paid for some of Green’s family — including Green’s grandmother — to attend.

“My entire family would have missed a huge moment in my life,” Green said. “And why? Because of NCAA rules that suppress all rights for college athletes.”

Green has become an NBA star after four years at Michigan State, and is scheduled to earn almost $75 million over the next three seasons. Green said he often thinks about former college stars who draw huge followings at the NCAA level but don’t make it in the NBA.

“Take a guy like Scottie Reynolds at Villanova,” Green said. “He was an All-American, and didn’t get drafted. He should have already been making money in college.” (Reynolds now plays in Europe.)

Murphy said he would support a system in which universities pay athletes a direct salary. “It wouldn’t be what you get paid as a pro athlete, but you’ll get paid something decent — with the school writing the check,” Murphy said. He called such a system a form of simple “revenue-sharing.” Murphy acknowledged such a system might widen the gap between power schools and everyone else. “That has kind of happened already in college football,” Murphy said.

For both Murphy and Green, the pillars of the kind of athlete compensation system they envision — guaranteed scholarships, robust health care, salaries — are about broader power dynamics. Athletes at risk of losing their scholarships often fear speaking out about NCAA violations and unethical practices: overly harsh football practices in summer heat; coaches making return-to-play decisions when that is supposed to be the domain of medical professionals; academic fraud; and racist comments.

“The power these coaches have over kids is almost absolute,” Murphy said. “There is no way a kid can speak out if he feels his situation is unsteady.”

Murphy said he would support the abolition of the NBA’s one-and-done rule. He’d also like to see the NFL shorten the timeline for college football players to enter the draft. Under NFL rules, a player must be at least three years removed from high school to be draft-eligible.

“Football is the last place you should be forced to render free labor in order to ultimately get a paycheck,” said Murphy, citing the risk of head injuries. “Football should be letting kids move more quickly from college to the pros.” (The NFL has argued the sport at the professional level is so physical, players need time to gain the strength required to compete.)

Green and Murphy haven’t met yet. They hope to once the coronavirus pandemic eases. But they plan to continue their partnership in challenging NCAA rules.

“Now more than ever is the time to create change,” Green said. “We are not going away.”