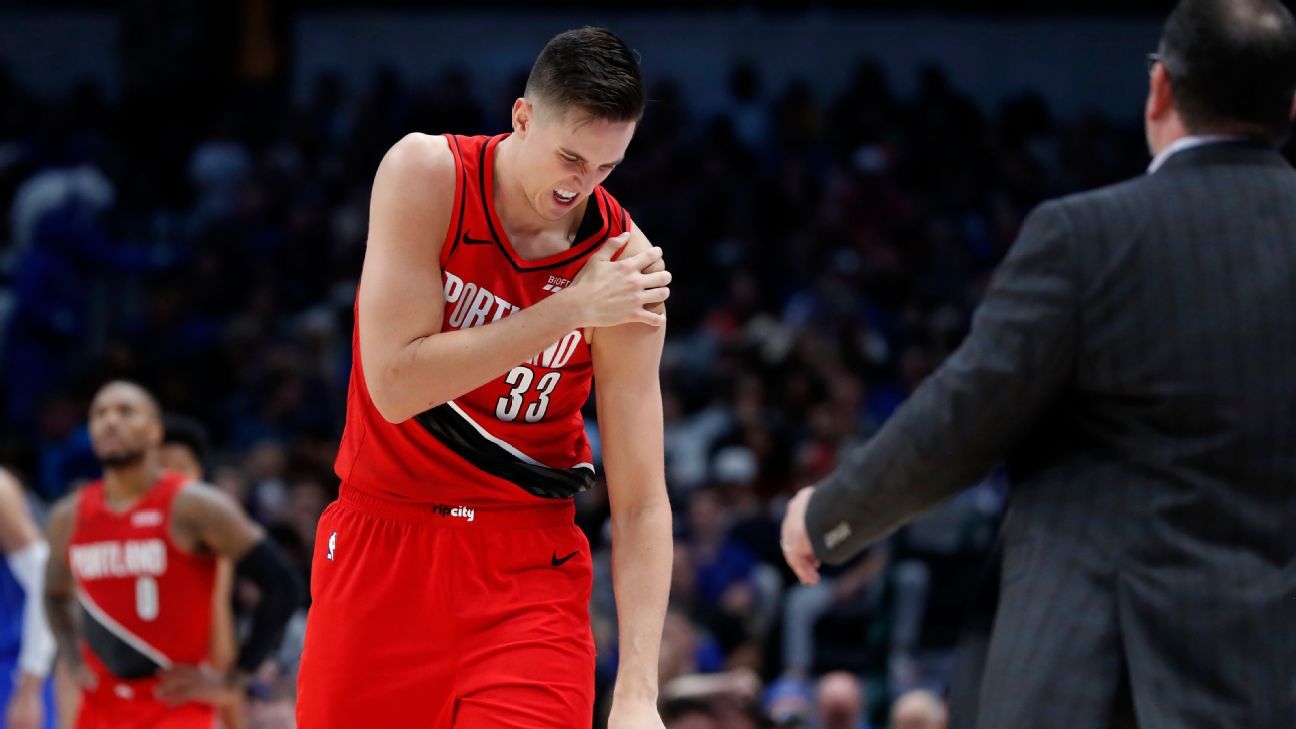 Collins dislocated his shoulder in the third quarter of a game in Dallas on Oct. 27.

Collins will begin a treatment and rehabilitation process and will be re-evaluated in approximately four months, the team said in a release.

The 21-year-old averaged 9 points, 4 rebounds and 2 assists in three games this season.

Portland is already dealing with injuries to center Jusuf Nurkic and forward Pau Gasol that has significantly weakened their frontcourt depth to start the season.

Michael Jordan joined the Golden State Warriors when he returned in 1995
The NBA All-Letter Team Tournament
NBA in talks to resume play at Disney complex
Dwyane Wade has a new Dennis Rodman look, And The Worm approves
Young Tim Duncan’s take on Michael Jordan is surprising but definitely on-brand