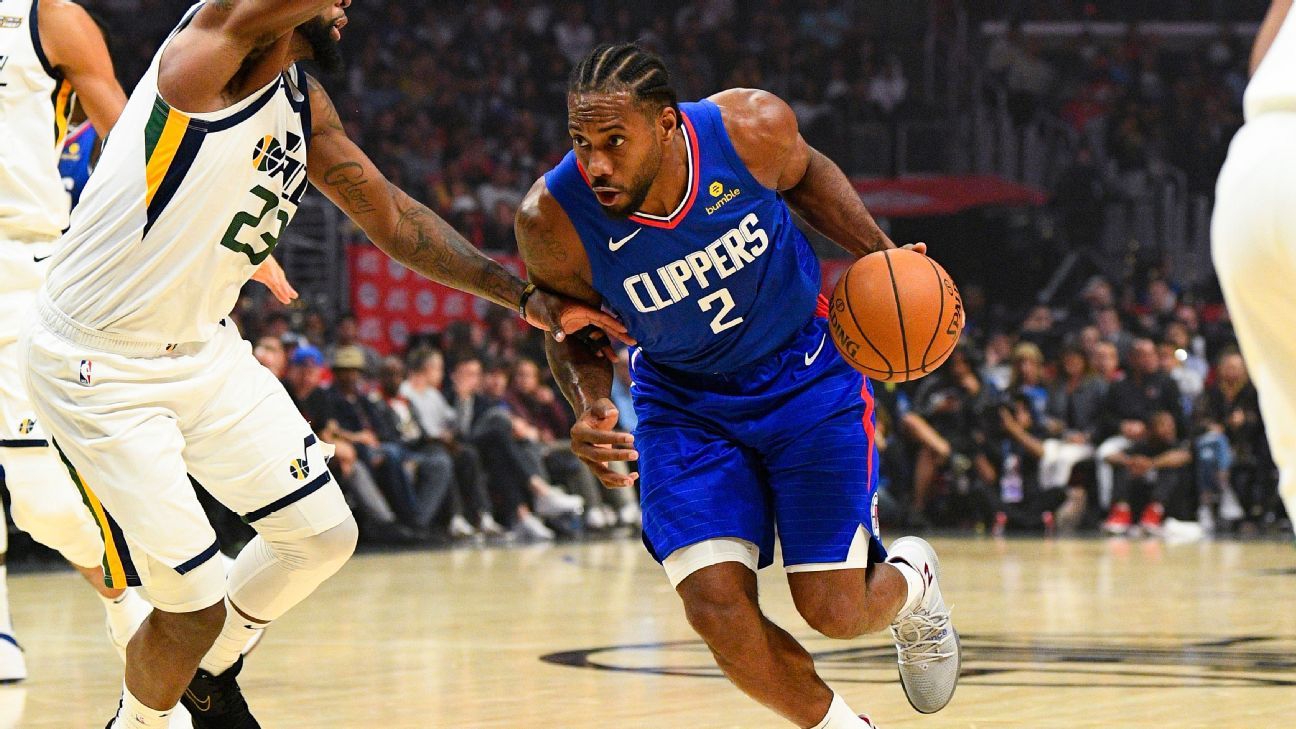 LOS ANGELES — Kawhi Leonard maneuvered into the paint where he was greeted by a wall of Utah Jazz defenders before another one blocked his shot from behind.

Everywhere Leonard seemed to move in the first half on Sunday night, Jazz defenders surrounded and harassed him into 1-for-9 shooting before the break. But the player Doc Rivers likened physically to Michael Jordan would come up clutch in the fourth quarter as Leonard scored 18 of his 30 points in the final 10:32 to lift the Clippers to a 105-94 win over the Jazz at Staples Center.

“With me I think it’s just about taking advantage of the moment and not shying away,” Leonard said. “Just keep going to your spots and shooting and keep being aggressive for the team and don’t shy away pretty much. That’s what I take my pride in.”

Leonard, who grew up studying Jordan’s moves, went into the fourth quarter shooting only 4-for-15. But he drilled five shots, including two 3-pointers while also adding two key assists and coming up with two steals in the fourth to help the Clippers outduel the Jazz and Donovan Mitchell, who had a game-high 36 points, six assists and four rebounds.

Leonard has played in six of the Clippers’ seven games this season and has scored 30 or more points in four of those contests.

Before the game, Rivers was asked about his comment in May that likened Leonard, who was then still with Toronto, to Jordan on an ESPN basketball show. The comment drew the Clippers a $50,000 fine for tampering.

“I said there’s no body type more like Michael Jordan’s than Kawhi, and I actually said because of his hands and his length,” Rivers explained before the game. “And I did say part of his game, his in-between game and that took a whole life [of its own].

“I got [it] from Lakers fans that [what] I said I meant Kawhi was better than Kobe [Bryant], I was getting all kinds of stuff. I didn’t care one way or the other, other than the 50.”

Leonard said he heard Rivers’ comparison as he was leading the Raptors into June and their first NBA title.

“Just to be able to get recognized for my talents and where I came a long way to where I am now and just showing my hard work is paying off,” Leonard said of Rivers’ praise.

On Sunday night, it was Leonard’s persistence and unwavering aggression that paid off. While this was his worst-shooting game of the season (9-of-26 shooting overall), Leonard came up big when the Clippers needed him most. He helped erase a four-point deficit early in the fourth and gave the Clippers the lead when he drilled two consecutive 3-pointers, the second coming with 7:29 left.

He later helped break an 86-86 tie by finding Lou Williams (17 points) for a 3-pointer with 3:51 remaining. When Utah got back within 91-90, Leonard assisted JaMychal Green on a 3-pointer and the Jazz never recovered.

The Clippers improved to 5-2. Leonard hasn’t let Rivers down when it comes to the Jordan physical comparison. During the Clippers’ win over Golden State on Oct. 24, Leonard drew comparisons to Jordan in the way that he pump-faked a defender with one hand the way Jordan did at times. And then against Charlotte on Oct. 28, Leonard converted an up-and-down reverse layup off the glass against the team Jordan owns.

“Yeah for sure, he’s a guy I studied,” Leonard said of Jordan. “… He’s obviously one of the guys that everyone looks up to just from a competitive standpoint, how he approached every game. You just try to nitpick what you can take from him and bring it into yourself.”